Real Estate for Sale in Telluride

Telluride Real Estate Brokers is proud to have our team of brokers handling our selection of real estate for sale in Telluride. With their assistance, we’re sure that you will have a great experience! You can get started by reviewing their backgrounds and contacting us, either by phone or e-mail, to receive more information on our buying or selling services.

Dirk de Pagter was born and raised in the Netherlands where he became a master carpenter. He and his wife Patrice moved to Telluride in the mid 1970’s where Dick worked in construction and started his own company, Dutch Masters Construction, in 1976. After a successful…

Scott Bennett was born and raised in Telluride, where for generations his family has called home. Like their dad, Scott and his brothers are carrying on the family tradition as members of the Telluride Volunteer Fire Department where Scott is the Chief. Scott and his…

Brigitte de Pagter Kusuno is a Colorado native born and raised in Telluride. She is a graduate of the University of Colorado at Boulder with a degree in Economics and Business. Brigitte is Dirk de Pagter’s oldest daughter, wife of Chad Kusuno and mother of 15 year old…

Ryan Kusuno was born and raised in Colorado. He is a graduate from the University of Denver, Class of 2004. He first came to Telluride in June of 2003 for his brother’s wedding and visited again in 2005 for the 4th of July where he fell in love with Telluride and its…

Sue Chesler Lincoln is a Florida native who moved to Colorado in 1979 to learn how to ski. Needless to say, she never left the Rocky Mountains and has happily lived in Telluride with her husband Jim for over 20 years. The beauty of Telluride and the friendly, caring…

Ashley is a 5th generation Telluride local and is excited to begin her career as a real estate broker with her step-father Scott. Ashley attended college at the Colorado School of Mines, as well as the University of Colorado Denver where she received a Bachelors’s degree in Philosophy. She also owns and operates Telluride Sleighs and Wagons, a horse-drawn sleigh ride and dinner experience on her family’s ranch…

Telluride News This November, Colorado voters will consider approving and funding the reintroduction of Grey Wolves into Colorado, with the… 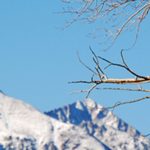 Town of Telluride Real Estate It has been a while since I did my last commercial real estate in Telluride,…